This was pretty funny… We hadn’t finished making all of the levels yet but could still select a non-existant level in the stage select screen.  The game still soldiered on and tried to display (probably using garbage that was in memory already) Didn’t crash though!

From wikipedia:
A kill screen is a stage or level in a video game (often an arcade game) that stops the player’s progress due to a programming error or design oversight. Rather than “ending” in a traditional sense, the game will crash, freeze, or behave so erratically that further play is impossible. 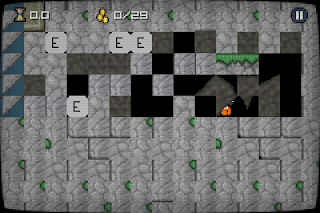